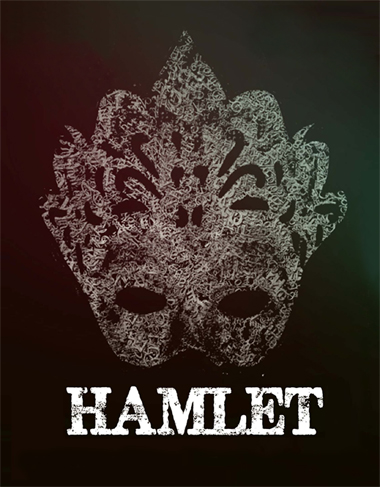 Something is rotten in the state of Denmark. Old Hamlet is dead, treacherously slain by his brother Claudius in pursuit of title and power. It is left to Hamlet, the young prince of Denmark, to avenge his father’s ‘most unnatural murder’.

“A well-crafted, thoughtful and engaging production of a complex and disturbing play.”

“Skilfully cut, clearly enunciated … and filled with enough interesting ideas and sheer good acting to entertain those who have seen the national companies and our greatest actors give their version.”

As Hamlet agonises, his soul tortured by his father’s cruel command, his mind goes to sea and to seed. Everything and everyone around him atrophies and rots.

Laurence Olivier described Hamlet as ‘a play about a man who cannot make up his mind’. That is partly true. The play explores Hamlet’s failure to meet his dead father’s horrifying demand for swift revenge, a failure that has terrible consequences for Hamlet and all at Elsinore.

This is a tale of human frailty and fragility. It is also a tale of the lure of power and the greed and lust that can grip those who pursue it. Like Shakespeare’s other great tragedies, it charts the furthest extremes of human emotion and lays bare the soul of a hero.

Hamlet was a Garden Suburb Theatre production. It was the first collaboration between Nick Hastings and Steven Maddocks, who founded Infinite Space Theatre shortly afterwards.