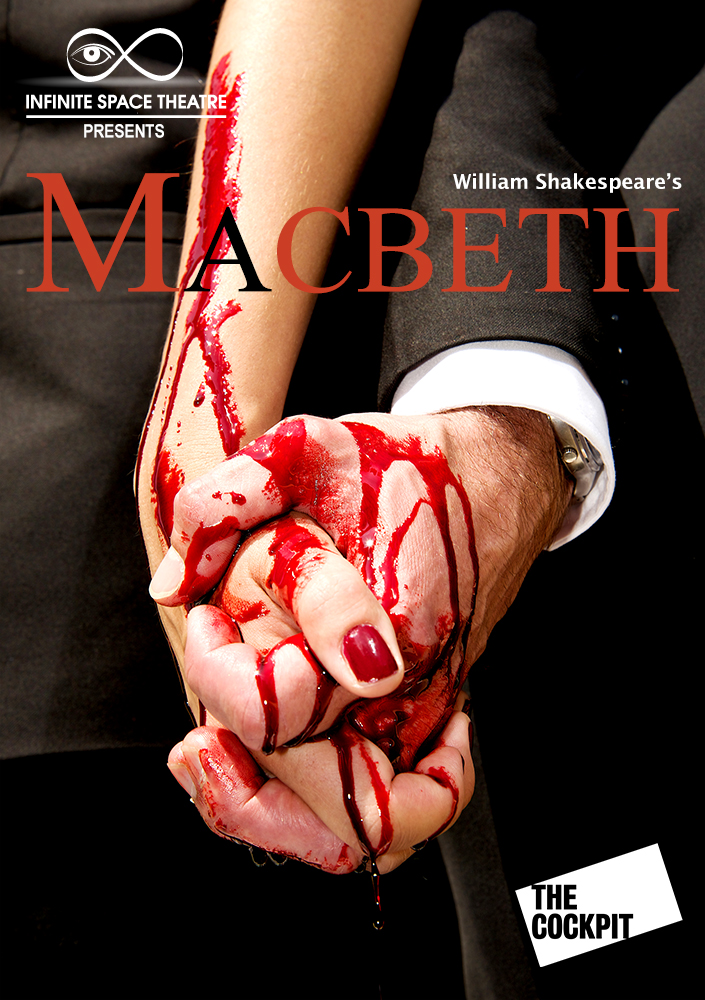 A thrilling contemporary setting for Shakespeare’s Macbeth, set in the treacherous world of finance and double-dealing in the City of London. Can Dunsinane Hill Ltd stave off a hostile takeover by Birnam Wood?

“Such a perfect transition for Macbeth that it is surprising it has never been done before.” — Playstosee.com

Since the start of the current recession in 2008, the UK banking sector has come under itense scrutiny from the media, politicians and the public. From bank failures to inflated bonuses, rogue trading and financial mis-selling on a massive scale, scandals in the Square Mile have left many of us wondering what really goes on behind the City’s closed doors. Is it just the behaviour of the few which is corrupt? Or has the need to advance one’s own position by any means and screw the consequences for others become endemic in modern business culture?

“An amazing and imaginative production that fully utilises the whole of the two-tiered stage of The Cockpit Theatre. Infinite Space Theatre has screwed its courage to the sticking-place and has not failed.” — What’s Peen Seen?”

Macbeth‘s themes of ambition, prophecy and power-lust are as relevant today as they were four hundred years ago when Shakespeare wrote the play. Set in the offices of the investment bank Dunsinane Hill Ltd, this production explores what might become the norm if current trends are left unchecked. Dunsinane Hill is facing an imminent hostile takeover by its progressive rivals, Birnam Wood Plc. Even though it has a determined MD, Duncan’s backward and autocratic leadership style leave him exposed to disloyalty and mutiny. Macbeth, despite his ambition, is not yet ready for the top job. However, Siward, Birnam Wood’s ambitious young female leader, is.

As Macbeth and Lady Macbeth unravel under the consuming force of greed and determination, Hecate and her journalist witches snoop and report on the proceedings. But can they be trusted in an era of phone hacking and press scandals?

This modern interpretation of Macbeth explores its themes of ambition, prophecy and greed behind the closed door of the City. The Royal Bank of Dunsinane – Scottish, large, superficially fine but facing threats, is led by Duncan. Macbeth, Head of Equities Trading, prompted by his ambitious wife, seeks the leadership of the bank. The witches, tabloid journalists, are stirring the foul stew of rumours. As Executives leak away from the bank and join forces at the younger, feistier Birnam Wood, the Bank of England supports its female leader Siward to make a hostile, and eventually successful take-over.