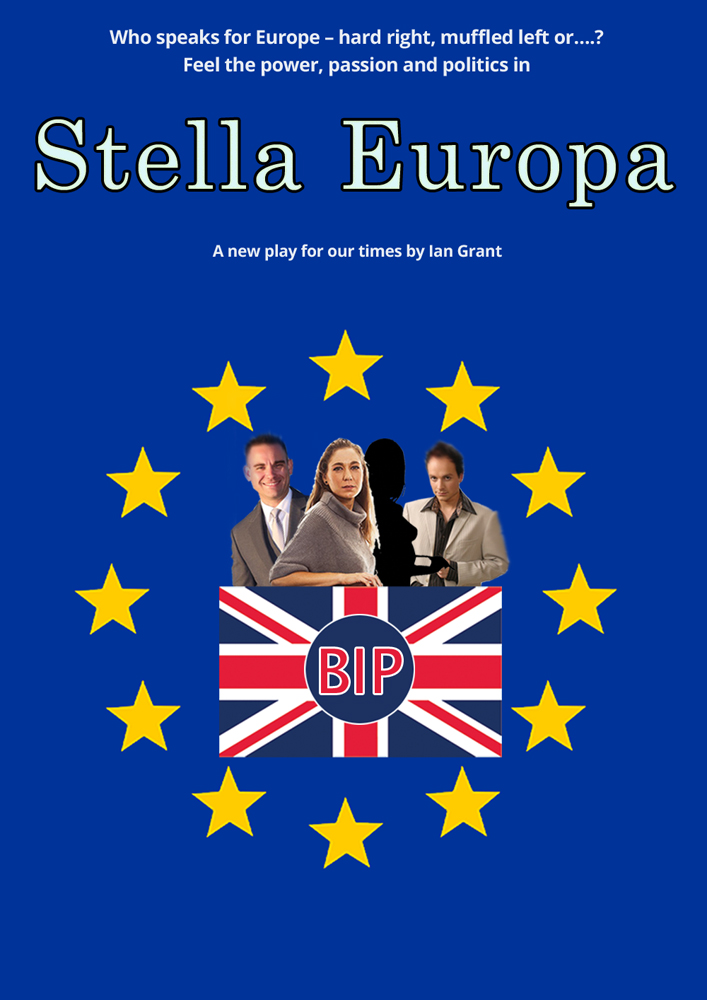 Produced by Creative Structure in association with Infinite Space Theatre.

Stella Europa pits the values of Europe against the values of the hard right. It pits growing popular nationalism against the assumptions and connections of the British political establishment. It pits a passionate belief in the peace of Europe, reason, respect, understanding and dignity in public affairs against a passionate belief in ‘Britain for the British, escape from Europe, our money, our jobs’.

Stella Herbert teaches philosophy in a London university. Her passionate belief in the values of the Enlightenment underpins her view of the European Union. Nicholas Formio, a politician, wants Britain out of Europe and most of Europe out of Britain. Jimmy Kerridge runs a digital development business in Shoreditch, with growing success in a product range that appeals to the broadest possible market and generates earning opportunities for John Dove, a poet. Lady Mary Herbert, Stella’s mother, is a presence in the salons of Notting Hill, experienced in the interplay of the political and the personal. Their objectives are not compatible with each other.

The play opens in Brussels. We see Marine le Pen, leader of the extreme right-wing Front National in France, who in recent elections has attracted a share of the French vote very similar to the share of the Conservative Party in Britain. Where then are we heading in Britain? Which party can take the country with it? Who, of the politicians, has enough personality and depth to inspire confidence and loyalty? Who, outside politics, will surf the turbulent waves? Who, under presssure, will stand firm?